Testing set up for rockets

ALE has worked with T-Minus Engineering on the development of a new generation multi-stage rocket codenamed DART, where the structural properties of the rocket’s combustion chamber had to be validated for the mission requirements, using experimental methods.

ALE has completed an extensive research and has developed multiple methods of testing, that was capable to satisfy the demanding requirements of the experiment.

Once the best choice of the developed options has been selected, the machinery was manufactured using a combination of rapid prototyping, and traditional manufacturing processes. Parallel to this process, the software for data recording and machine control was developed in-house.

As the prerequisites were completed, the testing campaign started. After several preliminary tests, 9 validated tests were completed at different temperatures.

The results showed the negative effect of temperature on the carbon-fiber tubing. Based on the date provided, T-Minus could find a material that can meet their requirements.

From the side of ALE, the testing campaign can be concluded as a success. 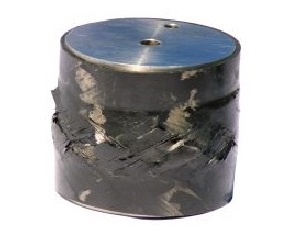